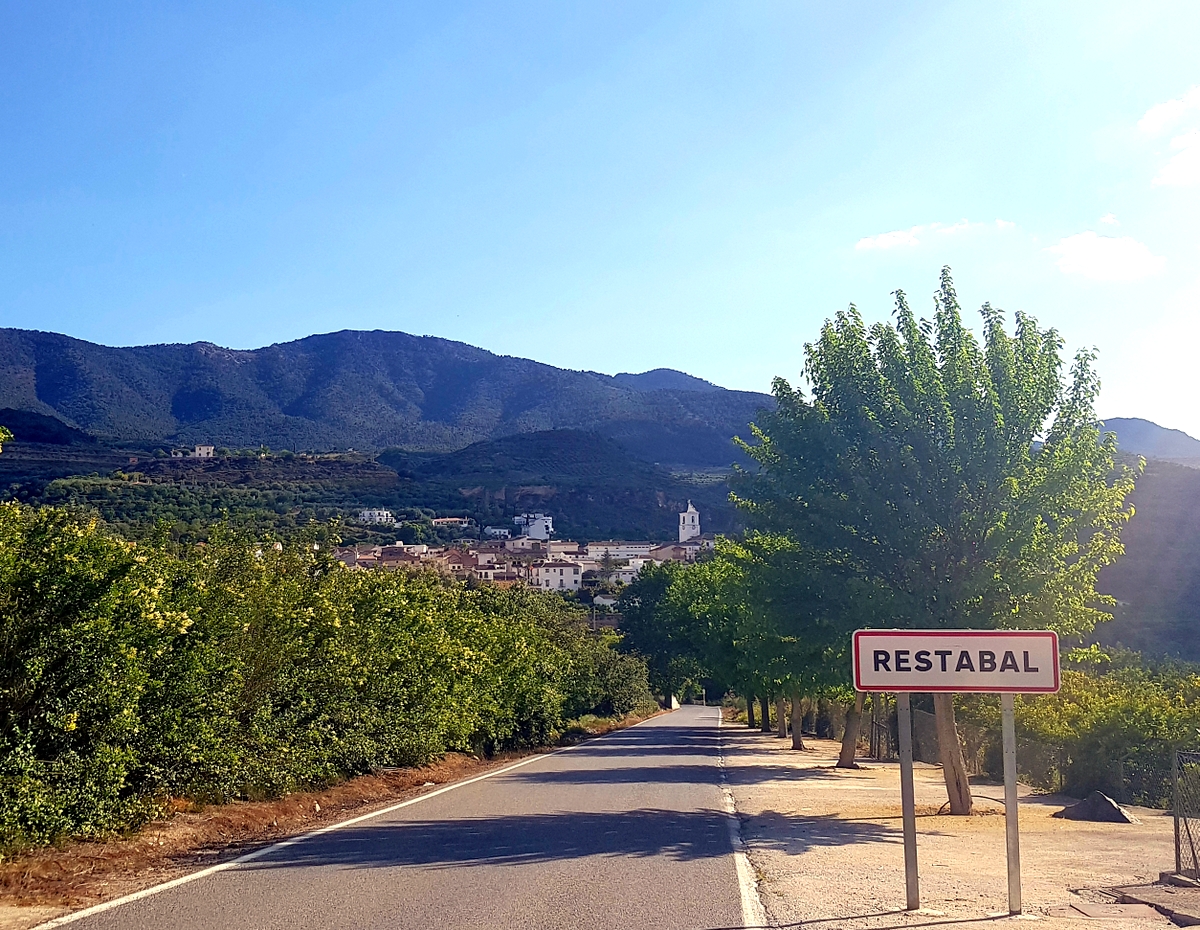 Restábal village is right in the very heart of the Lecrin Valley, situated to the western end of the Beznar reservoir and at the foot of the Cerro de los Cajorros. Located at the centre of the municipality of El Valle (with neighbours, Saleres and Melegis), it is one of the liveliest and most popular villages in the area.

This very pretty and tight-knit community is formed around a historic village core, which, like many of the older villages in the area, has Moorish roots from the Nazri times, with some very old and exceptionally pretty houses typical of the region.

It also has some beautiful view points from various spots in the village – including from the bridge over the Rio Torrente that separates Restábal from Melegís and from the Ermita del Cerro that looks down over the entire area from the top of the hill.

The village is surrounded by an abundance of orange, lemon and olive groves, lavender and agriculture, both on the hills and on the shores of the lake, to which there is direct access for walks down by the lake and some great paths along the river, that make a very nice circular route for daily dog walks or exercise between Restábal and Melegís.

In the spring time, the lakeside is awash with flowers and growing produce and is exceptionally pretty. It’s a lovely time to explore the Barranco de Alos, the area on the banks of the lake around the ruins of an old farm, the Cortijo de Budas, where you’ll find some impressive limestone walls and caves, as well as a 1000-year old Algarrobo (carob tree).

As far as amenities go, Restabal has all you need for daily life, both for residents and visitors. As the centre of El Valle, it has the Ayuntamiento (town hall), a school and sports facilities and a lovely 16th Century Moorish Church, the Iglesia de San Cristóbal, together with two grocery shops, lottery kiosk and tabacconist, supermarket, pharmacy, El Almazen grocers (owned by the La Bolina bio dynamic producer’s society), a bank and a great bakery that seems to be open 24/7!

There are of course lots of weekly vans that visit, as they do the rest of the Valley villages, selling all sorts of fresh produce from fish, fruit and vegetables, to aprons, dusters and cleaning products!

Restábal is lucky to have a number of very popular restaurants, bars and cafes, including Meson Despensa and Bar Jovi, Arcos de Manuel (cafe/bar/tapas) and La Marquesina (see the Where to Eat page on the LV website, https://thelecrinvalley.org/restaurants/).

Traditional dishes of El Valle are founded on the produce largely found around the lake side and along the river, including puchero de hinojos (fennel stew), pisto de calabaza (ratatouille with pumpkin) and caracoles en salsa (snails in sauce).

As far as festivities are concerned, then Restábal’s main fiesta is in July when there is also a very good annual Flamenco display in the centre of the village. The village also has its annual Romería at the Ermita del Cerro.

This fiesta in June celebrates the Virgen de Fatima, when the locals ascend to the ermita to bring the effigy of the Virgin to the church for blessing before returning her back to the hermitage. The culmination of this celebration is a big feast with music and dancing at the top of the hill (see our blog here).

Even if you’ve got great Spanish, don’t worry if you don’t quite understand some of what the local families are saying… Restábal has its own dialect, Restabalín, used by old and young Restabeños alike.

All in all, Restábal is a fabulous place to stay, live and work (we should know, it’s where our office is located!).

If you’re looking for somewhere to stay for a holiday, there are some great houses to rent, including Vinas de Vera (http://www.vinasdevera.co.uk) just outside the village, Casa Tagomago (https://www.casatagomago.com) and Despensa Del Valle (http://www.ladespensadelvalle.com) – 4 individual holiday townhouses – owned by the same local family who run the Meson Despensa restaurant and Bar Jovi.