Pinos del Valle is one of the most popular villages in the Lecrin Valley. Perched up high on the Monte Chinchirina to the south of the Valley, it has spectacular views back down towards Lake Beznar and the rest of the Lecrin Valley villages as well as up towards Granada and to the Sierra Nevada.

Divided into three distinct areas: the Barrio Alto, the Barrio Bajo and the Barriada de las Eras, Pinos (one of two villages that make up the municipality of El Pinar) is an exceptionally pretty village, with lots of history and a very close-knit, mainly Spanish community. 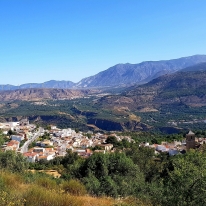 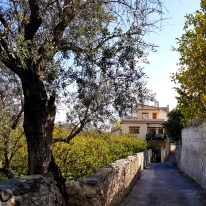 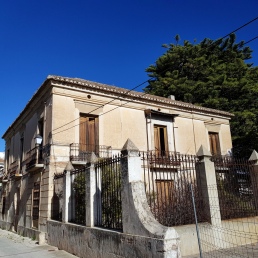 However other Europeans are increasingly being drawn to this lovely place that’s a little off the beaten track compared to some of the more central villages, making it the perfect spot for those expats who want to integrate into Spanish Life.

This pretty village is still very centrally located, with great access to the motorway and taking less than 30 minutes to reach the Costa Tropical and Granada City,  as well the pretty villages of the Alpujarras and the ski resorts of the Sierra Nevada.

It is very popular with tourists and currently has around 20 houses registered with the board of tourism for holiday rentals, so there are plenty of places to base yourself for a holiday or for your own property finding trip!

Much like most of the village of the Lecrin Valley, Pinos dates back to Roman times, but started to develop with the Moors in the Middle Ages, with the increase in agriculture in the region and roads that stretched through the valley from Granada to the coast.

Its climate is very conducive to agriculture and the village has a rich heritage in fruit, olives and milling with a couple of olive mills still in operation and some beautiful historic relics of mill stones and olive presses from days gone by.

The upper barrio, Barrio Alto is where most of village life takes place, centred around the Church of San Sebastián, the olive oil cooperative S.C.A. San Roque, the sports complex, Juan de Dios bakery, Carniceria David (the local butcher) and the ever popular Bar Venecia with its lovely sunny terrace and views down the valley.

The lower barrio is the oldest and most historic part of the village where the earliest populatio was located and is home to the cemetery and to another lovely church, the Iglesia parroquial de la Inmaculada Concepción, built between 1561-1565 by the stonemason Martín de Urquide and the carpenters Melchor and Francisco Fernández. It is now declared of special cultural interest. For those interested in history, it is widely considered to be an outstanding example of the Mudejar (moorish) temples built during the 16th century in the Kingdom of Granada and still retains some beautiful polychrome Mena and Martinez Montañes carvings.

At the entrance to the town along the road to the Béznar dam from the north, is the third barrio, the Barriada de las Eras (Las Eras translates to “where cereals are threshed and winnowed for grain” referring back to its milling heritage.), and is where you’ll find the more recently built residential homes as well as the Ayuntamiento (town hall), school, police station and playground. It’s also the part of Pinos that has the best views with the Mirador Alauxa, which has an amazing, uninterrupted vista over the entire Valle de Lecrín region.

There is lots to do in the village and surrounding area with a lot of walking and cycling in the Alpujarras, the Spa town of Lanjaron just 15 minutes away and the nautical centre on Lake Beznar that offers lots of activities including canoeing, sailing and windsurfing.

Pinos itself is very popular with walkers and the more adventurous (and fitter!) cyclists and there are many routes in and out of the village. One very popular walking route is up to the Hermitage of Santo Cristo del Zapato – perched up on the very top of Monte Chinchirina. The “ermita” was build in the mid 19th century and houses a painting of Cristo del Zapato, a canvas that was allegedly found by a shepherd on the site of the hermitage. As legend has it, the shepherd brought the canvas down to the church 3 times and 3 times it mysteriously reappeared back at the top of the hill…

Dia de la Cruz. 1,2 & 3 May. This fiesta is in honour of our local saint, Cristo del Zapato. The villagers put on traditional outfits and decorate cars & trailers for the annual Romeria (pilgrimage up to the Hermitage) on 1 May. This is followed by free food and drink for all.

San Roque. 15, 16 & 17 August. This is the local fiesta which is celebrated in honour of San Roque, Virgen del Rosario and San Sebastian and is held over 3 days with activities in the three barrios of Pinos.

Search for properties for sale in Pinos on our property pages and check Pinos / El Pinar in the search selection.